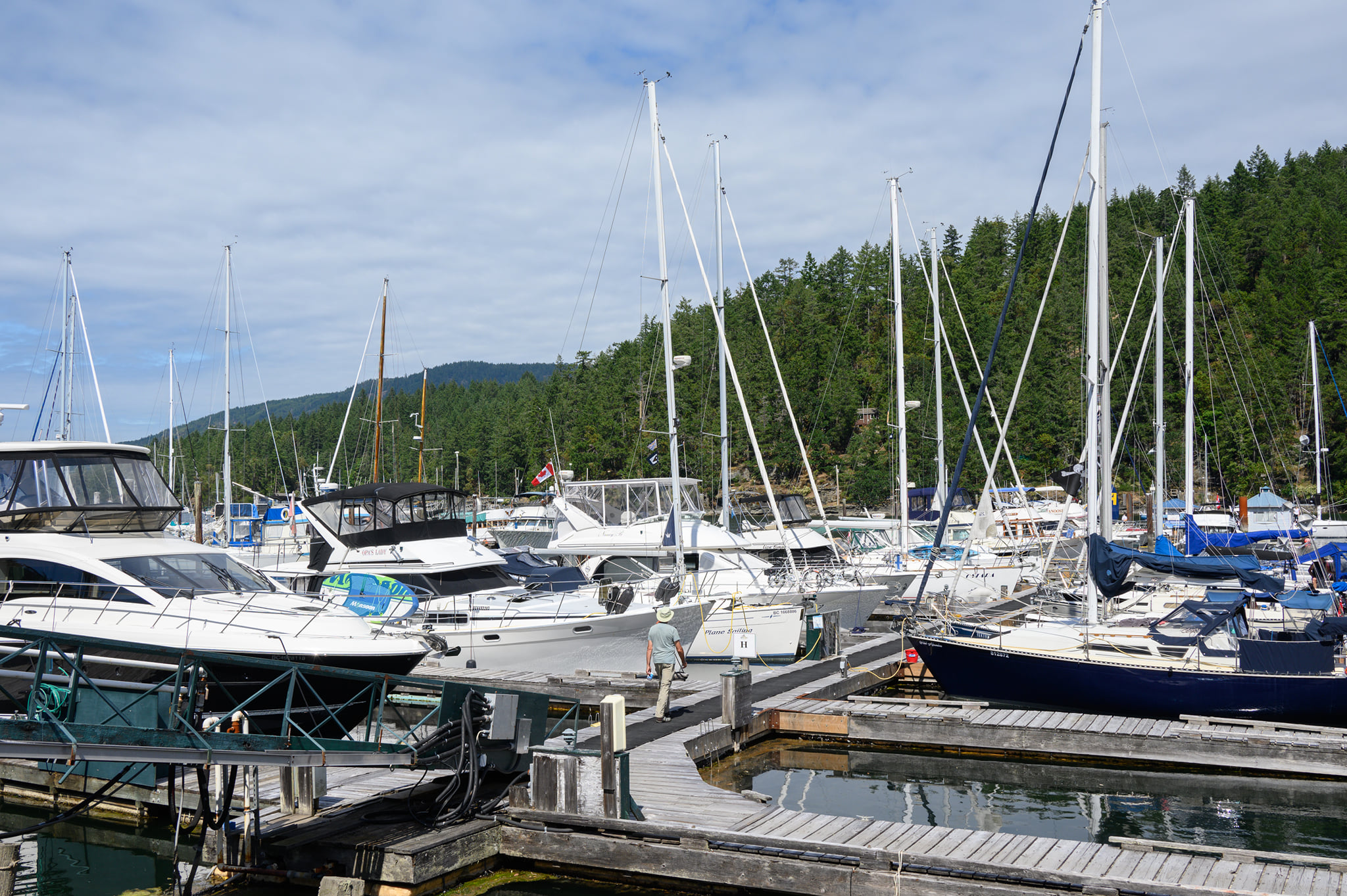 We planned four rendezvous. We managed to pull off two. April at Thetis Island and May at Montague were cancelled due to Covid.

We postponed Maple Bay, our first Rendezvous of the season, by a week to meet provincial Covid guidelines. It was held June 18-20 with 17 boats attending. Upon arrival, we had a meet and greet. Everyone brought their own food, meat to barbeque and beverage. Following dinner, our talented LYC musicians entertained us, playing on the bows of their boats. Saturday, some went for a walk to Stoney Hill Regional Park and some biked to Genoa Bay. This was followed by an afternoon of games. Many members had dinner at the Shipyard Pub and enjoyed music by our LYC musicians in the outdoor shelter.

Our second Rendezvous was moved to mid-week because Labor Day at the Telegraph Harbour Marina was going to be too busy. It was held from August 31 to September 3. 16 boats participated.

Tuesday involved a happy hour with potluck appys and an evening jam session on the waterside deck. Wednesday included a Bocce tournament (double knockout) and a blindfolded dingy race, which were followed by a potluck and barbeque on the waterside deck. Thursday featured a Horseshoe Tournament (double knock out). The day ended with an awards ceremony and dinner at the Thetis Pub. On Friday, everyone headed home or to other destinations.

We are starting to plan our 2022 Season with hopes more marinas will open-up for Rendezvous.

2021 RendezvousMaple Bay rendezvousThetis Island Rendezvous
Although the LYC Web site may include links providing direct access to other internet resources, including web sites, LYC is not responsible for the accuracy or content of information contained in these sites.